When it comes to finding out the secret to a long and happy life, who better to ask than someone who has lived for an entire century? Some say it all comes down to eating healthy and getting daily exercise and others say they’ve just been blessed with good genes. There was even one lady named Susannah Mushatt Jones who claimed eating bacon was the reason she reached 116-years-old.

In 2015, a survey was done, and the target audience was centenarians – real people who have lived for over one hundred years. It included questions about what it takes to live out a long and happy life. The secrets included spending time with loved ones, saving money early on, working out your problems instead of avoiding them, and being active.

Gallan was born and raised on a farm in Kintore, Scotland in 1906 to a large family with five sisters and one brother. In a small two-room cottage, all seven of them would sleep together on a straw mattress. She attended school for a little while, she left to work in a country farm kitchen and then as a maid in the big city for a well to do businessman. That was followed by a career in the service industry in both the city and countryside.

Eventually, Gallan moved into the Crosby House, a residential care home for seniors. However, although she died in March of 2015, her secret to a long, healthy life is unlike any we’ve heard! Although we can hear a resounding AMEN coming from other women around the world, Gallan’s secret does have a dietary component…

“I like my porridge. I have all my life.”

While Jessie Gallan didn’t specifically mention any of the key points above, she lived them out. From staying active and social, maybe staying away from men was the cherry on top that kept her going for so long!

We’re not saying to avoid marriage if you want to live long. Instead, we’re highlighting the fact that a combination of healthy (and sometimes unconventional) habits and life choices can help increase your lifespan potentially even into your hundreds!

We have a few more tips to keep you trucking well into your 90’s.

Life is super busy no matter what your age is. But the truth is, as careers come to an end and retirement looms nearer, as children grow up and move out, and as home-improvement ambitions are fulfilled, time usually does become more available for adults after the age of 60.

With this time comes some hard choices. The natural choice is to merely to relax: watch more television, go out to dinner more, talk on the phone to friends as often as you want.

A better decision is to find something more meaningful to do with your time and pursue it wholeheartedly. Research shows that doing something that appeals to you offers significant health benefits in your 60s, 70s, and beyond.

Jello Shot Christmas Tree
Next Post: 10 New Year’s Resolution Ideas & How To Achieve Each Of Them 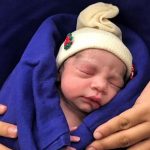