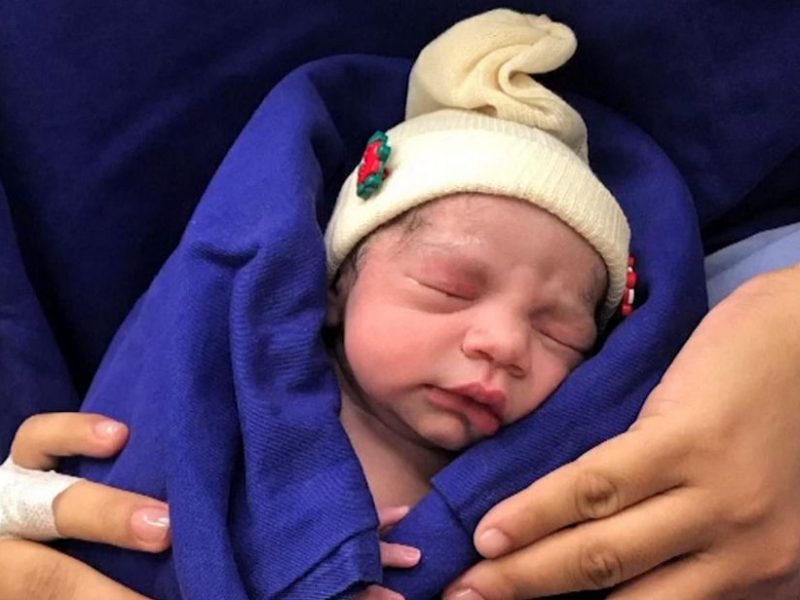 A perfectly healthy baby girl has been born using a womb transplanted from a deceased person.

The 10-hour transplant operation and fertility treatment took place in São Paulo, Brazil, in 2016. The mother was born without a womb.

To date there have been 39 womb transplants using a live donors womb, including mothers donating their womb to their daughter, resulting in eleven babies.

But the ten previous transplants from a dead donor have failed or resulted in a miscarriage. In this case, reported in The Lancet, the womb donor was a mother of three in her 40s who died from bleeding on the brain.

The recipient had Mayer Rokitansky Küster Hauser syndrome, which affects about one in every 5000 women and results in the uterus and vagina failing to form correctly.

However, her ovaries were fine. And doctors were able to remove eggs, fertilize them with the father’s sperm and freeze them.

The woman was given drugs to weaken her immune system to keep her body attacking and rejecting the transplant and about seven weeks later she started having menstruating.

After seven months, the fertilized eggs were implanted.

And, after a healthy pregnancy, a 6lb baby was delivered by Caesarean section on December 15, 2017.

Dr. Dani Ejzenberg, from Hospital das Clínicas in São Paulo, said: “The first uterus transplants from live donors were a medical milestone, creating the possibility of childbirth for many infertile women with access to suitable donors and the needed medical facilities.

History of the uterus transplant

The uterine transplant is a surgical procedure where a healthy uterus is transplanted into the body of a woman which the uterus is absent or diseased. As part of normal human sexual reproduction, a diseased or absent uterus does not allow normal egg implantation, effectively rendering the female infertile. This rare condition is known as absolute uterine factor infertility. Uterine transplantation is a potential treatment for this form of infertility.

In 1896, Emil Knauer, an Austrian working at one of Vienna’s gynecological clinics published the first documented study of ovarian autotransplantation documenting normal function in a rabbit.

1966- the University of Mississippi- Medical Center in Jackson was the first to perform a dog auto-transplantation of the uterus and subsequently deliver a pregnancy from that uterus.

In Sweden in 2012, the first mother-to-daughter womb transplant was done by doctors at Sahlgrenska University Hospital in Gothenburg University led by Mats Brännströmm.

In October 2014, it was announced that a healthy baby had been born to a uterine transplant recipient at an undisclosed location in Sweden. The British medical journal “The Lancet” reported that the baby boy had been born in September, weighing 4 pounds. The baby later passed away due to complications.

Description of what the transplant entails

Uterine transplantation starts with the retrieving the uterus from the donor. Working techniques for this procedure exist with animals, including primates and more recently humans recovered uterus may need to be stored for transportation to the location of the uterus recipient. Studies on cold ischemia/perfusion indicate an ischemic tolerance of 24 hours or more.

The recipient has to look at three major surgeries. First, there is the transplantation surgery. If pregnancy is established and carried to term, a cesarean section is performed. As the recipient is treated with immunosuppressive therapy, eventually, after completion of childbearing, a hysterectomy needs to be done so that the immunosuppressive therapy can be terminated.