You are here: Home / Entertainment / Kevin Spacey’s Character in House of Cards is Killed Off. 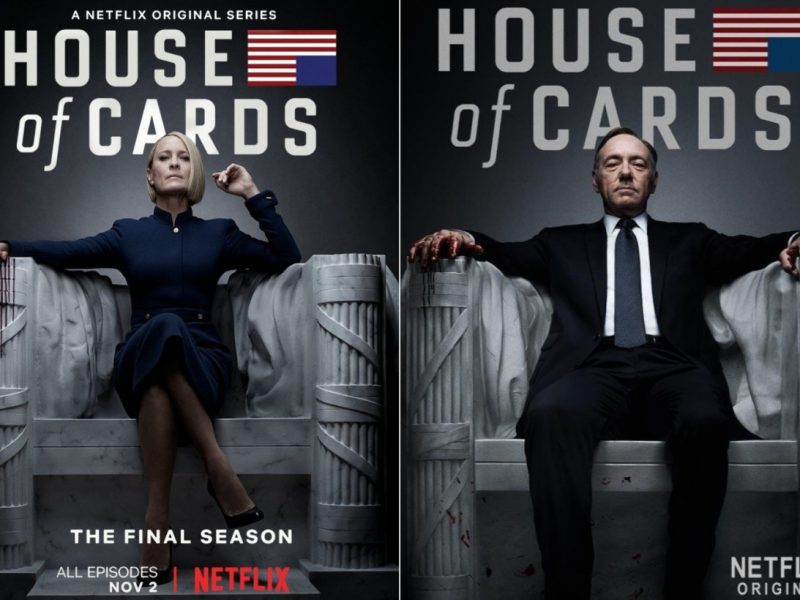 It has now become official – Frank Underwood will be killed off in the final season of House of Cards. The 24-second trailer that Netflix tweeted the teaser trailer with the caption, “You should have known.” even though the clip was extremely short it revealed an incredible amount of details.

In the trailer, Frank Underwood’s wife, Claire Underwood can be seen speaking to her deceased husband at his gravestone and says, “I’ll tell you this Francis when they bury me, it won’t be in my backyard. Also, when they pay their respects, they’ll have to wait in line.”

As if things weren’t already too obvious, the camera pulled away from the character to reveal “Francis Underwood” written on a gravestone with the death year 2017. It should be noted that right before Spacey was fired; Claire Underwood’s character became president of the United States. She ended the final episode of the fifth season with the words, “My turn.”

Getting rid of Spacey’s character wasn’t all that hard to accomplish either. In Michael Dobb’s book, Frank eventually does. The fifth season had already set in stone the events that could naturally lead to Wright’s character becoming the new President.
This promoted her to be the show’s center character several months before allegations against Spacey came to light.

The official Twitter ‘House of Cards’ account has been teasing Spacey’s fate for several days, posting photos of characters that had died on the show such as Tom Yates and Zoe Barnes.

With that news now being official, viewers are intrigued by the tiny details. It’s all about the details – who, what and of course, why was Frank Underwood killed? After all, he did play the role of a shrewd and ruthless US President, who had the nerve to pull a direct assassination on a man of his stature?

Kevin Spacey was accused of making sexual advances on Star Trek: Discovery star Anthony Rapp at a parry in 1986. Anthony was only 14 years old at the time. Spacey promptly responded on Twitter with a message that read, “I’m beyond horrified to hear this story. “ I don’t remember the encounter, but if I did behave as he describes, I owe him the sincerest apology for what would have been deeply inappropriate drunken behavior.”

After the scandalous news about Kevin Spacey’s sex allegations came to light, Netflix promptly distanced itself away from the actor and announced that “House of Cards” will resume production without the character. Hollywood always makes it a point to forgive past crimes, other than child abuse that is.

Following his response, the internet brigade began a downpour of rants and criticism flanked Kevin Spacey left and right. His history as a two-time Academy Award winner and a one-time Golden Glove winner didn’t save him from what soon followed.

Ridley Scott the director of the movie “All the Money in the World” had to erase Kevin Spacey from his role during film production, Kevin’s role was then replaced by Christopher Plummer, this isn’t the first instance of Kevin Spacey facing sex allegations. In 1992 he was also accused of assaulting a man.