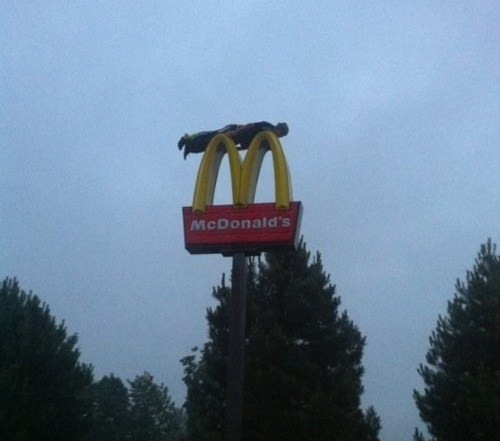 Over the years there’s been a growing trend of challenges set out by people on social media platforms. Everything from ‘planking’ to the ‘ALS ice bucket challenge.’ We’re going to look at some of the best and worst of these challenges.

Planking – Planking is a mere fad that involves a person just laying down in strange places, often by only a part of the body leaving the rest suspended.

Tebowing – Tebowing is similar to planking where the person gets onto one knee and prays, this one was ‘invented’ by Tim Tebow at a gridiron game in 2011 after the Broncos beat the Dolphins.

The Harlem Shake – The Harlem Shake is probably my favorite challenge.  The challenge involved one dancer masked dancing to the first 15 seconds of  Harlem Shake by Baauer with a few people around him unaware what he was doing and then on the 16th second the bass dropped, and everyone who was previously unaware was dancing with the original dancer.

The Mannequin Challenge – The name of this one explains itself perfectly, yes you become a mannequin in a pose while Black Beatles by Rae Sremmurd is playing in the background

The Kylie Jenner Lip Challenge – This was one of the funniest challenges but also one of the most dangerous. This challenge involved putting a small cup over the lips and sucking out all of the air and creating a vacuum. This challenge enlarged the lips making the fuller in every aspect .