2018 may arguably be the best year for films in a decade. With a long list of game-changing blockbusters already launched, the year has yet to release long-anticipated adaptations and sequels in its last months.

Here’s a list of the most stellar films Hollywood had to offer so far this year. 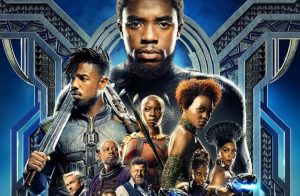 Marvel’s Black Panther made history by featuring Chadwick Boseman as the first black superhero and king of a fictitious uber-futuristic country, Wakanda. Apart from its almost all-black star-studded cast, Black Panther was the first Marvel movie to highlight the rampant issues of racial inequality and discrimination against the black community in a jarring way. The movie has also been lauded for empowering women and featuring leading female characters as spies, scientists, and warriors. 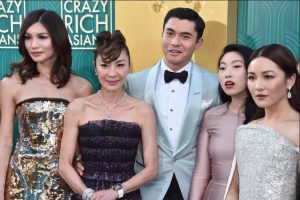 An adaptation of Kevin Kwan’s rom-com novel with the same name, Crazy Rich Asians follows American-born Chinese Rachel Chu, played by Constance Wu, who travels to Singapore to meet her boyfriend’s family. Unbeknownst to her, her boyfriend is the heir to one of the most filthy-rich families in Singapore and hence, one of the most eligible bachelors in Asia.

Utterly hilarious and backlit with jaw-dropping splendor and wealth, Crazy Rich Asians portrays the unceasing battle between old money and new money, the discrimination overseas Chinese face and the struggle of being young and in love while being fabulously wealthy. 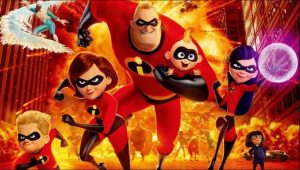 The much-awaited sequel about a family of superheroes determined to save the world was finally released in 2018 — and it didn’t disappoint. However, this time around, Bob aka dad (voiced by Craig T. Nelson) was left to tend the baby Jack-Jack — whose superhero powers are still emerging — while Helen (voiced by Holly Hunter) was out fighting crime and on a mission to regain public trust in superheroes.

Meanwhile, Violet (voiced by Sarah Vowell) is nursing a broken heart and Dash (voiced by Huck Milner) is struggling with math. And amidst it all, a new super villain is hatching an ingenious plot. Overall, an incredibly fun movie for the entire family. 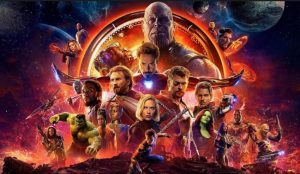 Infinity War: Undoubtedly, the greatest Marvel movie yet, Infinity War crossed over characters from the Marvel universe, including, the Guardians of the Galaxy, Iron Man, Doctor Strange, Black Panther, Captain America, Thor and more for an epic showdown with supervillain, Thanos, determined to dominate the world and raze half its population. The movie left off with a teeth-clenching cliffhanger with a sequel in the making. 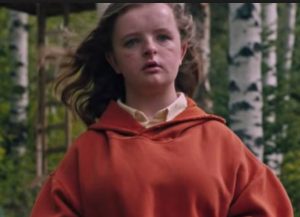 Warning: This movie is not for the faint-hearted.
Sinister beyond belief, Hereditary features Toni Collete as an artist mother and her daughter, who is haunted by the ghost of her recently departed secretive grandmother. The movie is a roller-coaster of scary, hypnotic moments and leaves the audience scratching their heads at whether the events they are seeing are superstitious in nature or just a figment of the imagination of the Graham family. Collette’s haunting performance just seals the deal. 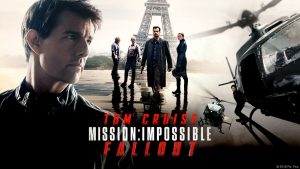 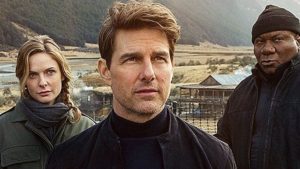 Tom Cruise risks life and limb—literally, in many instances—for his sixth go-round as Ethan Hunt in Mission: Impossible – Fallout, the best action movie since 2015’s Mad Max-Fury Road. In this addition to Christopher McQuarrie’s adrenaline-packed spy series, Hunt is tasked with recovering a trio of plutonium cores while juggling his relationships with colleagues (Ving Rhames, Alec Baldwin, and Simon Pegg). He is also enamored with dazzling spy Lisa Faust (Rebecca Ferguson), and former wife Julia (Michelle Monaghan).—not to mention CIA-assigned assassin August Walker (Henry Cavill), who has orders to kill Hunt if he strays from his assignment.

A Star is Born: 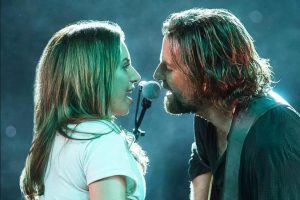 Seasoned musician Jackson Maine meets and falls in love with struggling musician Ally. She has just about given up on her dreams to make it big as a singer until Jackson pushes her into the spotlight. But even as Ally’s music career takes off, their relationship is breaking down, as Jackson fights an ongoing battle with his own inner demons. 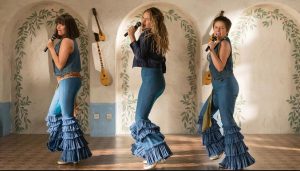 Mamma Mia! Here We Go Again is a 2018 musical romantic comedy film written and directed by Ol Parker, from a story by Parker, Richard Curtis, and Catherine Johnson. Mamma Mia! Here We Go Again is the follow-up sequel to the 2008 film Mamma mia! Both a prequel and a sequel, the plot is set a few years after the events of the first film, and also features flashbacks to 1979, telling the story of Donna’s arrival on the island of Kalokairi and her first meetings with her daughter Sophie’s three possible fathers. 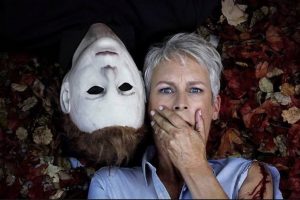 It’s been 40 years since Laurie survived a vicious attack from the maniac killer Michael Myers on Halloween. Locked up in an institution, Myers manages to escape when his prison bus transfer goes horribly wrong. Laurie now faces a terrifying showdown when the masked madman returns to Haddonfield, Ill. — but this time, she knows what she has to do, and she’s more than ready. 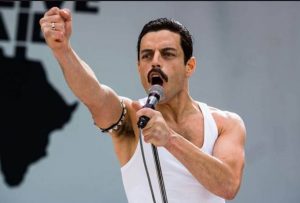 Bohemian Rhapsody is the foot stomping, edge of your chair movie of the year that will have singing and dancing! Bohemian Rhapsody is about the celebratory movie about the band Queen and their extraordinary frontman Freddie Mercury. Freddie defied stereotypes and shattered conventional thinking to become one of the most beloved entertainers on the planet. This movie will give you insight into their incredible journey and rise to international stardom. They reach unparalleled success, but in an unexpected turn Freddie, surrounded by darker influences, shuns Queen in pursuit of his solo career. The band reunites, however, just in time for Live Aid. While bravely facing a recent AIDS diagnosis, Freddie leads the group in one of the most excellent performances in the history of rock music.

2018 is not yet over, and the list of the highly-anticipated movies is still not finished. Keep your eyes peeled for what is sure to be Hollywood blockbusters, including Fantastic Beasts: The Crimes of Grindelwald, Robin Hood, Boy Erased and Ralph Breaks the Internet.