With so many TV shows being launched daily, it can become a little overwhelming to pick something to watch. 2018 gave us gems like The X Files revival, Everything Sucks, and the Last O.G; shows that steamrolled the competition while providing viewers like us with memorable moments. However, we need to get ready for 2019 and all the shows that will be returning in the coming year. Do proceed with caution because there are a few spoilers for all these shows that have been renewed for another season. Many fans have patiently waited for the final season of Game of Thrones. Fans can’t wait to see the resolution of all the cliffhangers in the last season. For instance, how will Sam deal with the all the information he received from Bran? What does Jon and Danny’s relationship mean for the seven kingdoms? Why was Tyrion so disappointed when he found out about their union? These questions will be answered in the final season that is scheduled to air sometime in 2019. Mindhunter is set in the 70s and follows FBI agent Holden Ford’s escapades with his friend Bill Tench. Together they travel around the country interviewing the most twisted serial killers to decode their motivations and drive. Without giving any spoilers away, the ending of Mindhunter Season 1 left many viewers shocked – and hungry for more. In the final scene, we see Dennis Rader burning ghastly drawings of captive women and disposing of it in a trash can outside his home.

Season 2 will track Dennis Rader being brought to justice. The first season of Taboo gave fans a cliffhanger that can be best described by viewers as torturous. Was James Delaney the one who killed Winter? Was it a plan hatched by the East India Company for blackmailing and arresting him? Viewers have already seen these suspicions creating a rift between the crew. However, as the finale drew to an end, we see Delaney’s plans coming together and him setting sail for his next journey. The series is known for its brand of humor that employs satire, dark comedy and meta-references as well as its rich philosophical underpinning. However, the show has also garnered notoriety because of a legion of fans within its following whose actions can be described as toxic. These actions have included ransacking McDonald’s restaurants over a limited-edition sauce mentioned in the show to doxing the show’s female writers.

The show’s season 3 finale built up to the moment where Rick finally must submit Jerry into the family and relinquish his once dominant position. This was followed by a post-credit scene that ended the series with the appearance of Mr. Poopybutthole who now has a wife and son. He says that it will be a long wait until Season 4. This echoes a real development, which is that the show will be skipping one year of its run and will premiere two years after season 3. 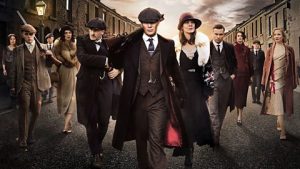 The show’s season 4 ended with a shocking development which meant that actor Tom Hardy had made his final appearance on the show. His character Alfie Solomon’s gets killed by Tommy Shelby on the beaches of Margate. Fans can expect to see a lot more of the show in 2019. However, details of this new season have been sparse. 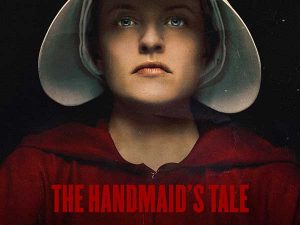 The Handmaid’s Tale has undoubtedly proven to be a phenomenal success for Hulu, doubling its viewer base for the second season’s premiere. It garnered both critical and commercial acclaim, winning best drama at the Emmys, making it the first show from a streaming service to do so. Fans were relieved that the show’s second season passed without any significant deaths in the main cast. This means that all fan favorite characters like Offred, Ofglen, Luke, and Ruby will be coming back.

There is still some mystery surrounding Aunt Lydia who was attacked with a knife by Ofglen. The season finale ended on a somber note leaving her fate unclear. There is no room for accurate predictions because it is unclear if the upcoming season will follow the plot of the novel faithfully since author Margaret Atwood herself confirmed that she has no control over the TV adaptation.

Facts About Gordon Ramsay You Didn’t Know
Next Post: Kevin Spacey’s Character in House of Cards is Killed Off.